Hello friends, This article is about peroral endoscopic myotomy (POEM) surgery. PerOral Endoscopic Myotomy If you have already seen the video of HM, I have told you that Myotomy means a surgical cut. And you also know where the cut is performed. On the lower sphincter of the esophagus. Where is the passage of food happen, and in the same place where the blockage occurred. Right here in my chest. They make the lower sphincter muscle relaxed by myotomy. It becomes loose so food can be passed.

There are two ways to perform myotomy.

One is “Oral” endoscopically another one is “non-oral” Laparoscopically. So, this is HM and this is POEM which is performed orally. When you will be woken up they make you unconscious before surgery so when you will be woken up and come into consciousness then you will not see or feel anything outside. You will just enjoy eating. Firstly, you will follow liquid and it will be passed easily. Hopefully, no problem will have occurred. POEM has good results. It began in India in 2003. Although, even this technique came in 2008, the first time in Tokyo Japan. and became famous in the whole world then. Indians went almost in 2013 and got training. This is very new here too. But I have a few friends who have got good results. Let’s understand by images.

For this let’s watch Professor Dr. Orhan Tarcin Professor Dr. Orhan Tarcin is describing the POEM technique which I already have described in this same video.
I will try to define POEM in five steps with this video. This image which you are watching. Two steps you will know with this image. The first is “to inject” and then the second is “to make an incision” Here you can see the incision. Incision means making an entry gate to a tunnel. and now this is the third step “to make tunnel” tunnel has been made. endoscopic wire has been reached down, through which myotomy has to be performed. so a tunnel has been made and now myotomy will have to be performed. The lower part you are watching is the same place where the blockage occurs.

Now myotomy has been started.

Myotomy means, that the internal layer which is watching, and soon will be cut and removed. This layer is the one, after its removal, that will stop the blockage in food passage. Because the inner layer remains constantly tight and keeps passage blocked when the same muscle will not be there then food will able to be passed
and the tightness of LES will be changed into relaxation, and food will be able to be passed. You will watch here myotomy, how it will be cleared. You can watch this. The inner muscle has been removed now, so that, Lower Sphincter of the esophagus can be relaxed. So this was 4th step that was completed, and now they close the upper incision. that will be 5th step. The incision which had been performed in the second step, they will close now. These were the five steps that have been completed. This is POEM, the friend! I will provide more information about POEM in future articles. If someone is planning for POEM, so can go for it. Results are good.

Few friends of mine have had POEM

If anyone wants to talk with the person who has had POEM, so can comment. POEM is best for those who don’t want any scar or cut outside. And for that person too, whom more than one doctor has recommended POEM. These two kinds of people are those for whom POEM is good. But, for the person who has both choices POEM and HM, I still would like to say that HM is more common, and POEM competes for the results of HM, but what I observed is that the difference between POEM & HM is 19-20 respectively. My recommendation for you will be only HM. So if someone wants POEM so can go for it, because I have some good results.

One of them is good for two years, there are other friends too who are good for years. So can go for POEM. I have told you why I recommend HM, in HM vs POEM video. I have told a few important points and facts there. But, I will not go to be against POEM because it is good too. Two kinds of people I have told whom POEM will be good, One is recommended by a doctor, and another one doesn’t want a scar or cut outside. For example, if someone has to go into Army, or if someone fears seeing an outside incision.

POEM is good for these types of people

One more thing I want to say, if you want to ask or talk with me, Just leave a comment. Some comments I get but some I don’t. Person comments in need and I don’t like late replies from my side. So for this, there is an Instagram account. Contact me on Instagram. There you can chat with me. Thank you. 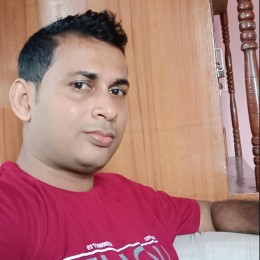 Vision Blogging News Reporter
Hello friends, this Shahzad Arsi a professional blogger, freelancer, and digital marketer with hands-on experience in (SEO, SMO, FB Ads, Google Ads, Email Marketing, WordPress Website). I am working in the Digital Marketing field since 2015 and love sharing my thought on digital marketing through my blog. I personally believe you should share the knowledge with the world as a famous saying: “sharing is caring”